Sookie Stackhouse: Dead Ever After: A Review

Dead Ever After: A Sookie Stackhouse Novel (SSTB) 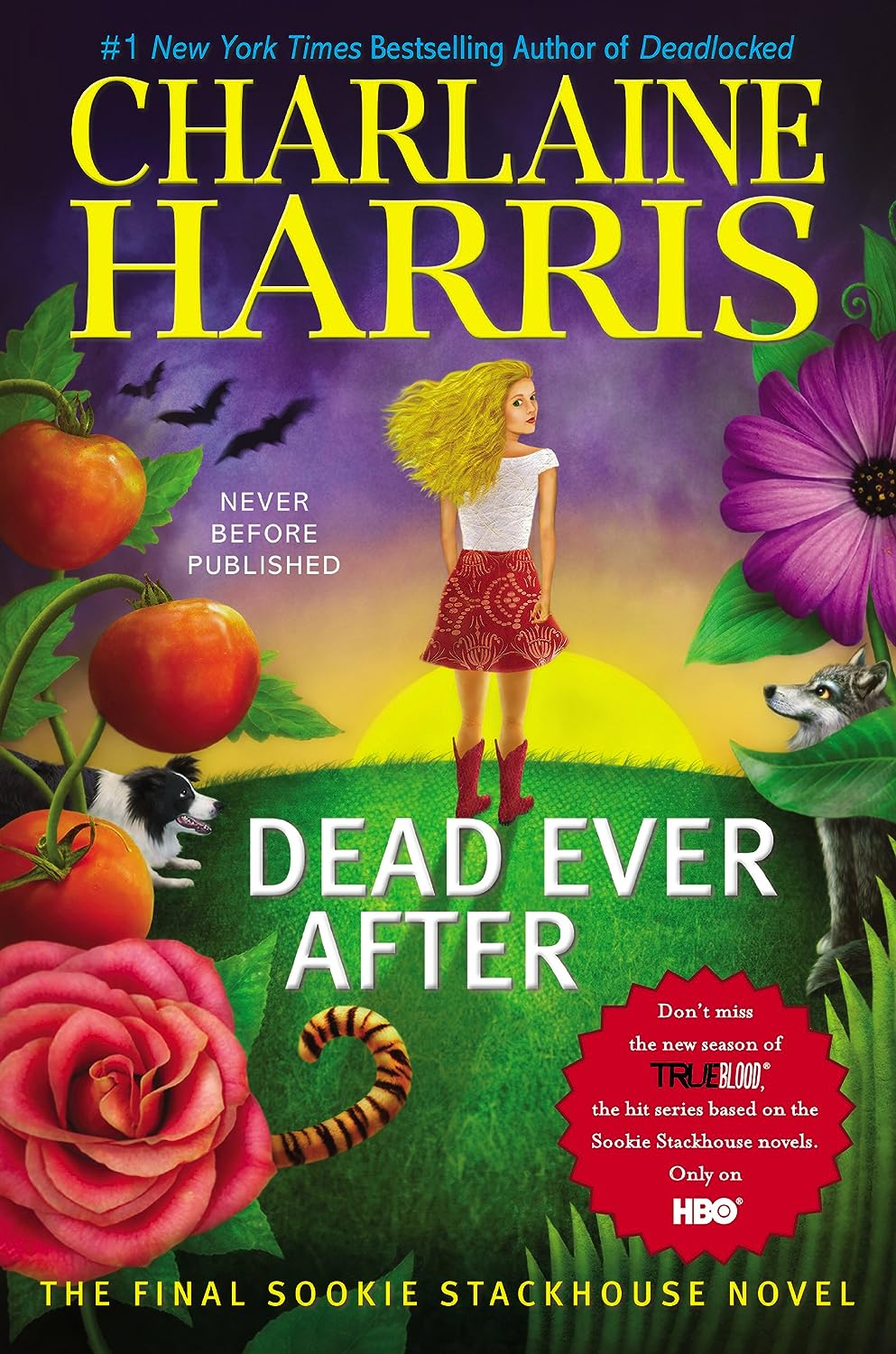 If you are like me, you might not be sure you want to read/purchase this book given the entire slew of awful reviews. It really is hard to sort through the anger and the bitterness and venom circulating, to find reliable opinions about whether this book is any good or not.

I didn’t like the non-Sookie Pov sections, and honestly I don’t think they added to the story. If anything I think they only served as filler to lengthen the book. Which is truly sad, because in all actuality most of the book felt like filler. I was never able to settle into a cohesive plot because it seemed like each page was a new episode of “who will show up for a brief reconciliation from their past wrongs today.” It felt like each character that has been important in the past that was still alive or undead showed up with an apology for how they’d wronged her in the past, only to help her for a scene, then be called away. The ones who couldn’t come make a half-hearted apology followed by an excuse of why she isn’t first to them, participated in the juvenile plot against her.

Eric isn’t as much as shadow of himself as some of the reviews would lead you to be. We still get a “Sookie, you are mine.” He does absolutely everything in his power to protect Sookie, even at the expense of himself. This, to me, was the best part of the book. I’ve known for so long that he does truly love her, and I think many of his actions showed it.  While I don’t agree with all of his actions, and some things were disappointing, I think their resolutions could have been carried out better.

After his trouble in the previous book, Sam truly is a shadow of himself in this volume. I saw nothing of the close friendship between them of the past, and he left me boggled a lot of the time. He did put Sookie first, and I suppose that should count for something, but his choice didn’t seem reasonable or in character.

I’ve attempted to keep the first part of this review as spoiler free as possible. If you don’t want spoilers, please don’t read any more of this review.

As far as Sookie and Eric not ending up together: it breaks my heart, but I think it could have been done in a way that I would have been able to accept. The reasons given (that he was determined to turn her, and she didn’t want that) are valid and do make sense. But to be effective, it needed to be set up better. IF they weren’t going to have a HEA together ( and I really wish they would have ) then I think they should have ended it a few books ago. They could have broken up, and then in book twelve they could have found a way to be friends, much like her and bill. They could have found a happily not together, but not out of each other’s lives. Would I have been sad? Yes. But I would have understood. Then, the romance between her and Sam could have been a big undercurrent of book 12. We could have seen chemistry growing strongly, and even possible have been routing for them to wake up and realize it. Then she could have saved him in the end, we would cross our fingers that it would make a turning point, and this book could have clinched it ( as long as he was more present in it. )

I entirely respect that Charlaine Harris had her own vision of how it should end. She is the author, after all. What I don’t respect is the way it was carried out. She could have had this end, while still offering fans a sense of gratification for sticking with the series for 13 books.

In conclusion, if you are still on the fence about whether to read this or not, I would say it honestly doesn’t matter. I don’t think it offers any satisfying conclusion for anything. Even Sam and Sookie aren’t a done deal. If you are looking for closure, maybe the coda will offer it. If you want to read it just so you will have read everything, then go for it.