I’ve got a special feature for you all today, a highlight of Tara Maya’s The Unfinished Song. If you are looking to try out a new YA fantasy series for free, take a peak as it is free on all retailers except for Barnes and Noble (where it is .99 cents) If you would like to know more about Tara Maya, find her at her blog or on twitter. 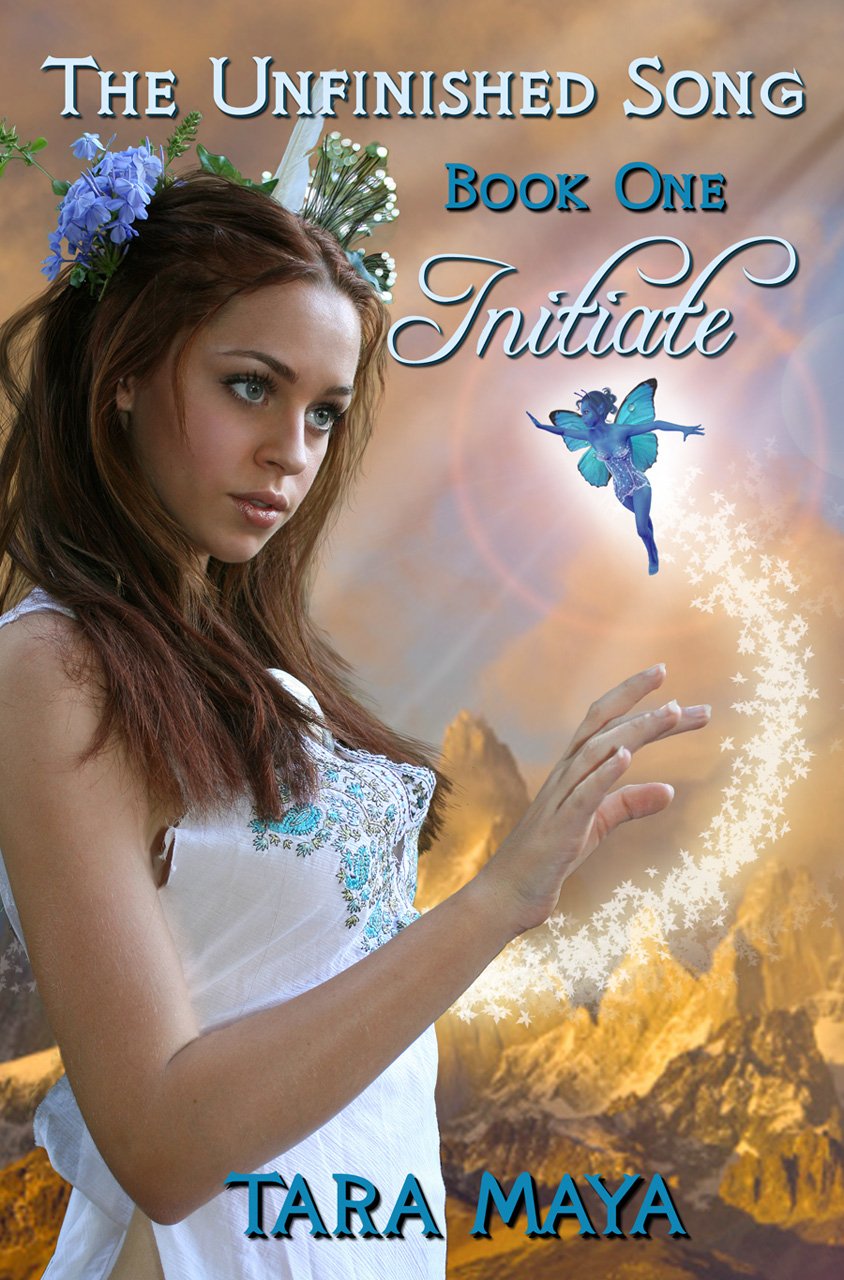 Dindi can’t do anything right, maybe because she spends more time dancing with pixies than doing her chores. Her clan hopes to marry her off and settle her down, but she dreams of becoming a Tavaedi, one of the powerful warrior-dancers whose secret magics are revealed only to those who pass a mysterious Test during the Initiation ceremony. The problem? No-one in Dindi’s clan has ever passed the Test. Her grandmother died trying. But Dindi has a plan.

Kavio is the most powerful warrior-dancer in Faearth, but when he is exiled from the tribehold for a crime he didn’t commit, he decides to shed his old life. If roving cannibals and hexers don’t kill him first, this is his chance to escape the shadow of his father’s wars and his mother’s curse. But when he rescues a young Initiate girl, he finds himself drawn into as deadly a plot as any he left behind. He must decide whether to walk away or fight for her… assuming she would even accept the help of an exile.

Blue-skinned rusalki grappled Dindi under the churning surface of the river. She could feel their claws dig into her arms. Their riverweed-like hair entangled her legs when she tried to kick back to the surface. She only managed to gulp a few breaths of air before they pulled her under again.

She hadn’t appreciated how fast and deep the river was. On her second gasp for air, she saw that the current was already dragging her out of sight of the screaming girls on the bank. A whirlpool of froth and fae roiled between two large rocks in the middle of the river. The rusalka and her sisters tugged Dindi toward it. Other water fae joined the rusalki. Long snouted pookas, turtle-like kappas and hairy-armed gwyllions all swam around her, leading her to the whirlpool, where even more fae swirled in the whitewater.

“Join our circle, Dindi!” the fae voices gurgled under the water. “Dance with us forever!”

“No!” She kicked and swam and stole another gasp for air before they snagged her again. There were so many of them now, all pulling her down, all singing to the tune of the rushing river. She tried to shout, “Dispel!” but swallowed water instead. Her head hit a rock, disorienting her. She sank, this time sure she wouldn’t be coming up again.

Strong arms encircled her and lifted her until her arms and head broke the surface. Her rescuer swam with her toward the shore. He overpowered the current, he shrugged aside the hands of the water faeries stroking his hair and arms. When he reached the shallows, he scooped Dindi into his arms and carried her the rest of the way to the grassy bank. He set her down gently.

She coughed out some water while he supported her back.

She nodded. He was young–only a few years older than she. The aura of confidence and competence he radiated made him seem older. Without knowing quite why, she was certain he was a Tavaedi.

“Good.” He had a gorgeous smile. A wisp of his dark bangs dangled over one eye. He brushed his dripping hair back over his head.

Dindi’s hand touched skin–he was not wearing any shirt. Both of them were sopping wet. On him, that meant trickles of water coursed over a bedrock of muscle. As for her, the thin white wrap clung transparently to her body like a wet leaf. She blushed.

“It might have been easier to swim if you had let go of that,” he teased. He touched her hand, which was closed around something. “What were you holding onto so tightly that it mattered more than drowning?”