(Scroll to the bottom to read the first chapter.)
Wow. I didn’t think July 12th would ever get here.

I decided for No One’s Angel, that I wanted to do a fancy Cover Reveal, rather than just posting it. But let me tell you, having this gorgeous cover and not being able to share it has been utter agony. I like pretty things, and I like to share pretty things.

The cover actually went through a lot of changes as I brainstormed what I wanted to convey. First, I thought maybe a shirtless guy was the way to go. Shirtless guys sell books. Arion likes to run around shirtless. It seemed like a good fit. I think No One’s Angel will really appeal to fans of H.M. Ward’s Damaged, and it has a shirtless guy, so again, a point in that direction. 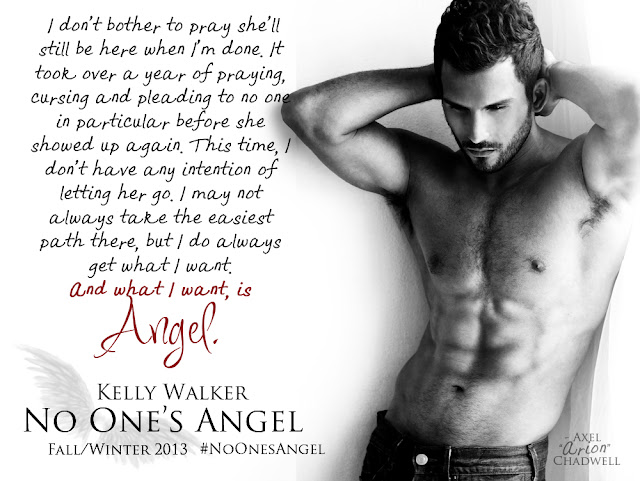 It didn’t feel right. Don’t get me wrong, it was fun to drool over (and searching for stock photos of shirtless guys is a fantastic way to spend an afternoon.) But No One’s Angel is about so much more than a shirtless guy. Sure, Arion is a bit of a bad-boy. He’s intense, and a bit damaged, and loyal, and has very few inhibitions when it comes to his body. 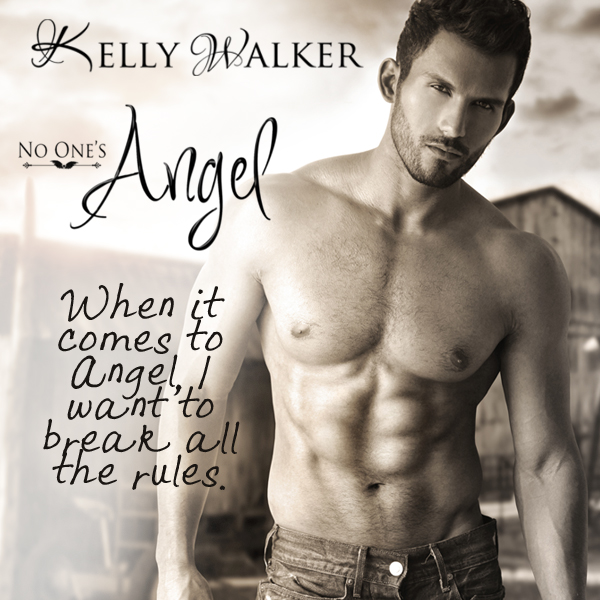 But somehow, I wanted to convey the theme of picking yourself up when everything looks insurmountable. Of falling, and then standing strong. Of healing. Because beneath the sheets, that’s what No One’s Angel is about. A girl learning to fight back. A boy learning to let go. It’s about running, and screaming, and fear. It’s about love, and trust and hope. It’s about finding yourself despite the pressure of someone else’s expectations. And yes, it’s about love. 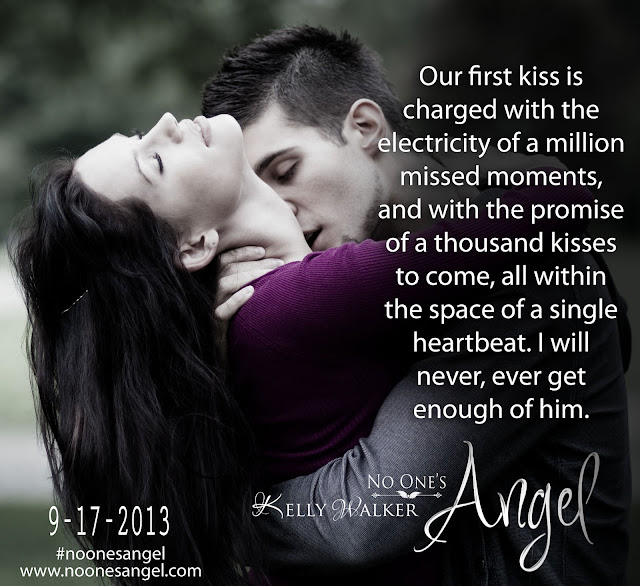 So I passed over the drool-worthy shirtless men, and the couples in the midst of passion, and the kissing couples. And when I found the right look, I knew it.

Angel is the only one on the front, in the middle of feathers and fears. She may have fallen, but she will get back up. I hope you’ll follow along as she finds new wings. 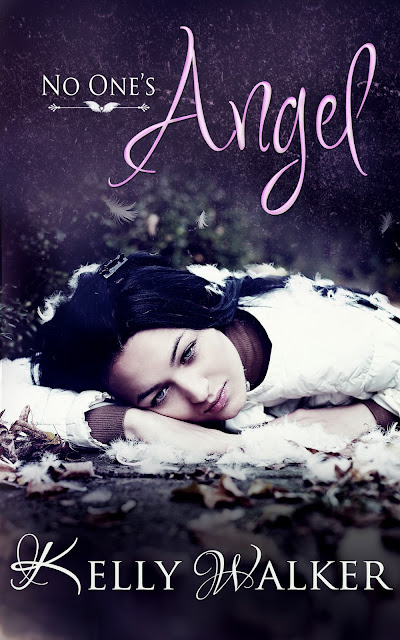 To celebrate the cover reveal, I’m giving you all the first chapter, (in its current, rough state) and a giveaway. I hope you all love it, and please, add it to your GoodReads =)